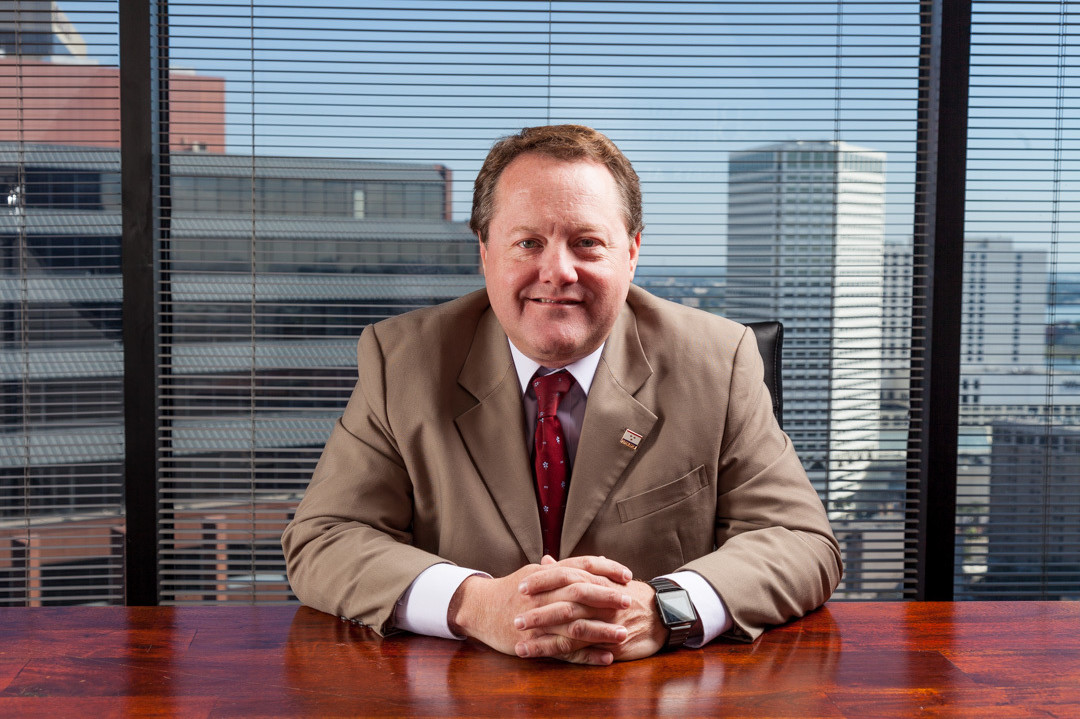 Although a native of New Orleans, Mr. Ellis was raised in Houston, Texas where he attended and graduated from Klein High School and the University of Texas at Austin. Mr. Ellis graduated from the University of Texas at Austin in 1994 and returned home to attend Loyola University New Orleans law and business graduate schools. While in graduate school, Mr. Ellis worked as the Director of Government Relations for Hibernia National Bank managing the Hibernia People for Good Government Political Action Committee wherein, he proposed legislation and worked alongside state and federal legislators. Mr. Ellis graduated with a Juris Doctorate and Master of Business Administration in May of 1998. After graduating Loyola University, Mr. Ellis worked as an attorney primarily in the area of municipal taxation and finance through serving as outside counsel for the St. Tammany Parish Sherriff’s Office.

On November 4, 2002, Mr. Ellis was awarded the contract as Special Counsel Tax to the City of New Orleans for the collection of sales and use taxes. Specifically, Mr. Ellis launched a program to identify, locate, and collect sales and use taxes from out-of-state medical vendors who were not in compliance with the City’s tax code. Mr. Ellis initiated and supervised over 600 audits that ultimately identified 144 out-of-state vendors not in compliance. In an eighteen (18) month tenure as Special Tax Counsel for the City his efforts resulted in an economic impact of $6,940,917.76.

In 2004, Mr. Ellis became an Assistant City Attorney IV representing the City in an expanded role. Initially, assigned to the Litigation team, his role continued to expand into other areas of representation such as the Department of Public Works, New Orleans Fire Department, and Department of Procurement in matters such as procurement protests and breach of contracts.

In 2005, in the aftermath of Hurricane Katrina, Mr. Ellis was designated essential personnel and returned to New Orleans and was thereafter promoted to Deputy City Attorney. Normally, any Assistant or Deputy City Attorney is assigned to a specific section or department; however, although originally assigned to Litigation team, Mr. Ellis was assigned to Finance (Bureau of Revenue – collection of sales taxes and fees and Treasury – ad valorem taxes), Safety & Permits (permit and zoning mandamus and injunction actions), Department of Procurement (procurement challenges), alcohol beverage compliance, Department of Public Works, New Orleans Fire Department, and the New Orleans Municipal Employees’ Retirement Board.

During his tenure from 2004 through 2011, he has represented nearly every department inside the City of New Orleans, with very few exceptions. In June 2011, Mr. Ellis resigned from the City to pursue his passion as attorney-entrepreneur.

In December 2013, Mr. Ellis returned full time to the practice, but never getting to far away for his passion in municipal and state government he was lead counsel in the legalization of short-term rentals (AirBnB, ect.) in the City of New Orleans. The legalization of short-term rentals led to an immediate $8 million dollar a year revenue increase to the City of New Orleans and an economic impact of ten times that to the citizens. Ellis also serves as General Counsel for a variety of businesses, from short-term rental operators to construction companies in New Orleans, Louisiana, Austin and Houston, Texas, San Juan, Puerto Rico, St. Thomas, and St. Croix with a primary focus on corporate law and compliance.

In 2019, Mr. Ellis’ passion for soccer led to his appointment as General Counsel for the National Premier Soccer League

In 2013, Mr. Ellis returned full time to private practice focused on providing services to corporate clients that needed assistance in working with government agencies. During this time, Mr. Ellis began serving as counsel to several companies that are actively engaged in emergency management and recovery operations. Mr. Ellis’ experience in managing major disaster recovery operations with FEMA’s Public Assistance (PA) program has led to travel to various states and territories providing his clients with guidance on compliance on all matters, including resolving audits, appeals, and arbitration.

Over the past seven (7) years the firm has represented hundreds of clients on various matters. There are, however, several clients that the Firm has provided consistent, long-term professional services for what would be considered a General Counsel position. These services include:

In some cases, the scope of services is expanded depending upon the needs of the client and the Firm provides for litigation support for all clients. It is this foundation of being ready, able, and available that has led to the growth and strength of its clients.